Kick off the new school year with an awesome bash! 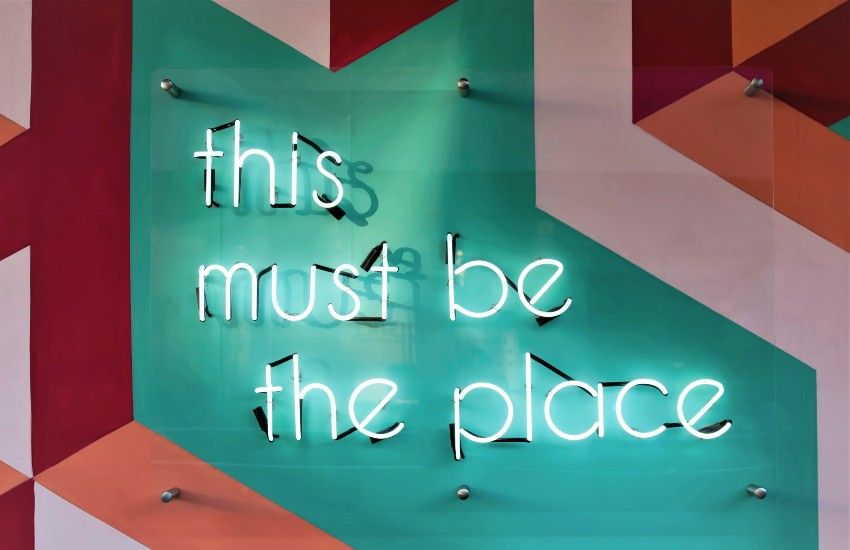 Why Fintech Is Growing So Fast and How to Break Into the Industry was originally published on Firsthand.

Brian Hamilton is the founder and CEO of One, a fintech startup that provides digital banking services to the shrinking U.S. middle class. Hamilton began his career at Wells Fargo, then led product and strategy at one of the first fintech firms before becoming a serial fintech entrepreneur. Hamilton sold one of his fintech startups to Capital One, founded others, and launched his latest just before the pandemic. Already, hundreds of thousands of customers have left big banks and moved to One, making it one of the fastest-growing digital banks—and one of the fastest-growing fintech employers. One is now hiring for several full-time roles and offering several internships.

Recently, we spoke with Hamilton about why fintech is such a highly desirable and growing sector, the openings at One, and his advice for students, young professionals, and entrepreneurs looking to break into fintech. Below is an excerpt of that conversation.

Vault: First of all, how have you and the One team been dealing with all the uncertainty and change of the past 15 months?

Hamilton: The last 15 months have been both galvanizing and exhausting—to me and to our team at One. When we started One, our mission was to build a banking service that genuinely helps middle-class Americans and families get ahead. The pandemic, social unrest, and everything else in the world that turned upside down in the last year further fueled the fire and solidified One’s purpose. In the past year, many of us had a variety of personal and professional challenges that we worked to overcome. But, in a way, it was an ideal time to double down on what we’re building because the need for the product in the middle class became even more pronounced, as many people realized how much they’d taken economic security for granted. It’s helped us to attract and retain fantastic talent because we’re building something with real value and purpose in a time when people need it most.

Could you speak a little about your background and your early fintech career?

I’m originally from Southern Oregon but have lived in the Bay Area for almost 20 years. Now I split time primarily between Sacramento, where the One headquarters is located, and Incline Village in Nevada, where I moved during the pandemic for more space (and snow). I graduated cum laude from Oregon State University as part of its pre-law program and began my career at Wells Fargo as a commercial loan officer in its graduate commercial banking program. Later, as VP of product development for the WF foreign exchange desk, I developed a taste for technology and banking systems (later to be named “fintech”) and left to lead product and strategy for Clear2Pay, a global payments technology provider, before founding my first company.

What led you to found One?

At this point, I guess I’m a serial entrepreneur, which is just a fancy way of saying I don’t know when to quit and have a high-risk tolerance—and probably need to relax more! I’ve been in fintech—across credit, payments, digital product, and executive leadership—for almost 25 years now, and the idea for One has been a work in progress across all my experiences. I co-founded Pushpoint, a location-based offer-redemption platform acquired by Capital One, where I then led its digital small business division for a number of years. I also ran a technology incubator in San Francisco that helped develop a number of different projects, including one we later sold to Verifone to help them compete with Square in the very early days.

More recently, I founded and led Azlo, a challenger bank for small business owners and freelancers, which helped crystallize the need in my mind for a very different way to look at credit for those with uneven or non-traditional income. This eventually culminated in the founding of One. I realized that applying cash flow-based underwriting to the incredibly inefficient world of credit for middle-class consumers (where most pay 25 to 29 percent APR on credit card balances as their primary unsecured borrowing vehicles) could have a much bigger impact on society as a whole and return more value to those who deserve it most. Along with the coming wave of consolidation and ‘rebundling’ in fintech, the concept of One makes perfect sense at a time when it solves a real problem for even more people.

How would you describe the current state of fintech, and which firms are leading the way in the industry?

I see fintech beginning its third wave of innovation. The first was big, traditional banks going digital in the 1990s and early 2000s, bringing brick-and-mortar banking to the web and then expanding to mobile. The second wave was technology coming together with financial services. We saw stand-alone vertical businesses like Lending Club or Sofi focused on a single slice of the whole consumer banking pie. Today, I think the third wave is starting. We see some of the same early vertical players trying to expand their footprints into broader banking services. There’s been a race to re-bundle and re-make the traditional bank into a modern, full suite, digital-first experience.

How does One fit into this?

One better aligns what’s good for the customer, across a broader set of services, than traditional banks or incumbents do. We believe consumers don’t want to have fractured financial lives. Maintaining an average of five to seven accounts across various players is time-consuming and overly complicated. People have to put a lot of calories into making sure their money goes where it needs to be and doing what it needs to do. I think consumers today are looking for integration of services, automation that supports their goals and desired outcomes, and some of that good old-fashioned customer service.

Why are so many students and young job seekers so interested in joining the fintech industry, and which roles are needed and available?

My experience is that Gen Z wants to work somewhere with purpose. So, they’re actively seeking out industries and jobs that support fundamental needs and are solving impactful problems and some of society’s most pressing issues—equality and inclusion, and access to basic services such as banking, healthcare, and education—while not exacerbating the climate crisis. We’re seeing a shift to purpose from profit. Tech also has higher paying jobs and more compelling opportunities than traditional finance.

As for roles, at One we’re currently looking for a Data Scientist Lead, Software Engineer, Product Designer, UI Designer, Consumer Compliance Analyst, Customer Experience Specialist, and a variety of Internships. If you don’t see an opening in your field, send us your resume anyway! We’re always looking for talented people to join the One team.

How are the larger banking firms dealing with the talent exodus to fintech?

Larger traditional banks are striving to be aggressive with benefits, but their benefit offerings and cultures are outdated—like their product capabilities. Larger banks tend to spend countless hours (and dollars) on culture overhauls and organizational mindset shifts. They’re trying to catch up to new methodologies and approaches to development, such as kanban. Fintech companies tend to focus on people over process and agility, whereas banks are much more of a rigid process-driven organization.

Would you say traditional banking firms are experiencing talent droughts?

Traditional banks aren’t experiencing talent droughts, per se, but securing the type of talent required to remain competitive in a hotly contested space is proving to be a hindrance. The biggest issue is traditional banks often don’t see the talent that already resides within their ‘walls,’ because their growth paths are rigid and they lose talent they didn’t realize they already had.

Although large traditional banks will always attract top-tier talent, their outdated systems don’t allow much room for customization at scale. The agility and receptiveness to new ideas tend to attract talent to fintech companies. When people join a company focused on innovation versus ‘this is how we’ve always done it,’ they can solve long-standing problems faster and in new ways. And that’s where the fun is!

What do you recommend to students, job seekers, and entrepreneurs who want to break into fintech? Are there certain skills and backgrounds needed?

Allow yourself to be vulnerable. Know that you have what it takes to succeed as long as you’re honest with yourself and others about what skills you bring to the table, your gaps, and your areas for growth. If you’re a risk-taker who enjoys being at the front of the pack and solving complex problems, then the fintech sector is for you. However, even the most adventurous have to comply with the regulations that protect consumers and their hard-earned money.

The skills you’ll need all depend on the role you’re looking for. But, in general, it’s best to understand that we’re all learning and have a collective passion for leaving customers’ financial lives better than we found them. In a fast-paced environment like fintech, clear communication and seeking clarity is vital, as is accountability. We’re all in this together, and learning is the best way to win.

And, for future fintech entrepreneurs, I would suggest to fail fast and learn faster. Secondly, listen to your team—beyond meetings. Take the time to gather insights from employee engagement and satisfaction surveys and seek more input when crafting solutions to drive your business forward.

Is there anything else important about fintech that students and job seekers should know?

Financial services is a complex industry. Allow yourself and your colleagues to have the grace to learn, humility to ask questions, and humor to get through the most challenging days. Be sure to follow industry trends and innovations, stay in the know of industry-breaking news, and don’t be afraid to start in a basic position. In today’s fintech companies, you’ll be surprised how quickly talent is recognized and responsibilities expand. 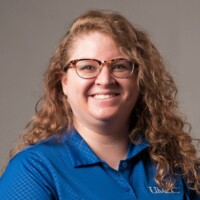 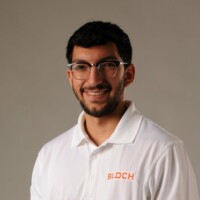 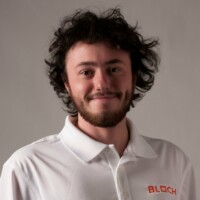